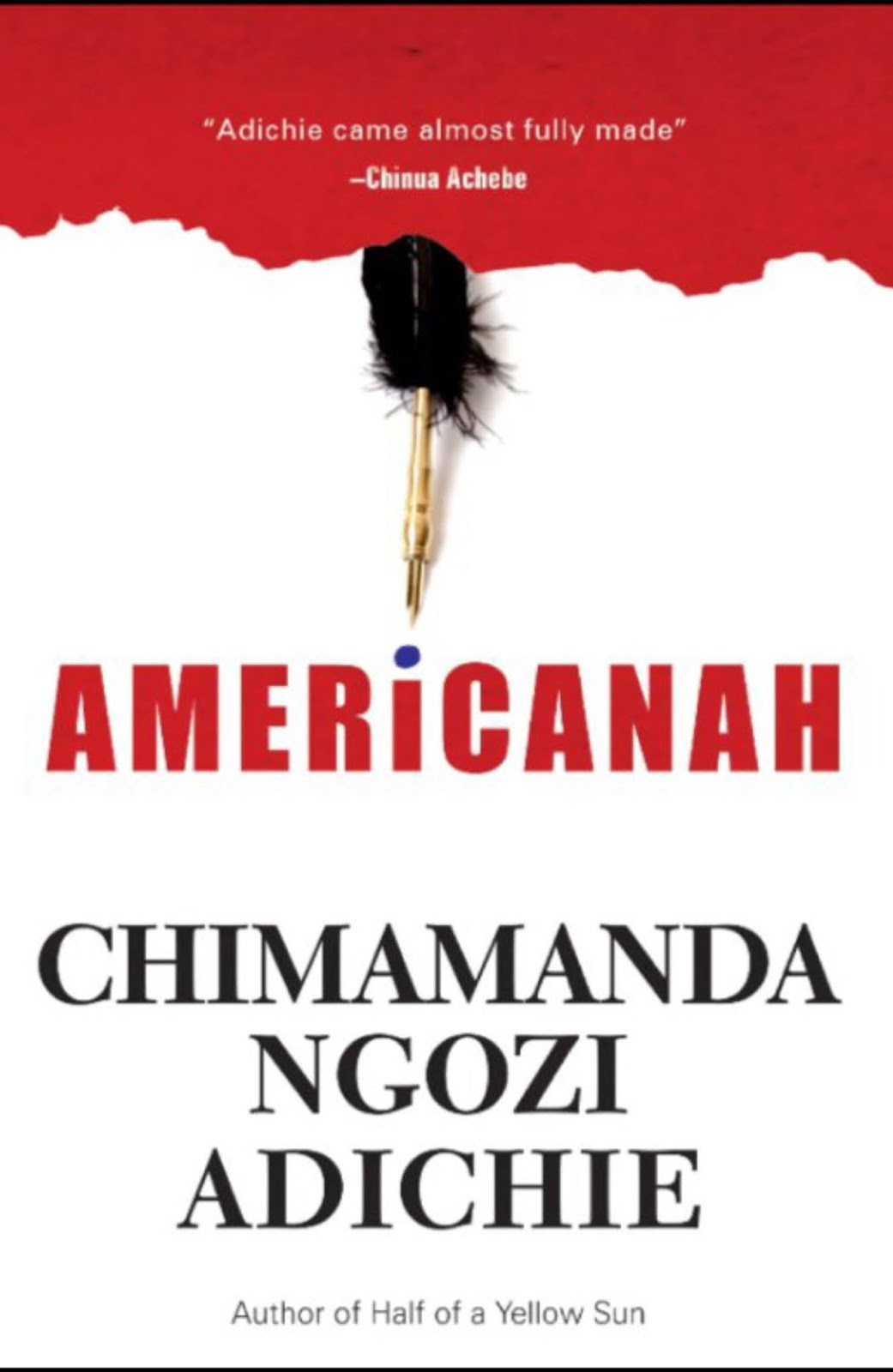 This is more than just a book review to me, it is retelling a beautiful story originally written by a woman I admire so deeply and it’s an opportunity I don’t take for granted.
Simple fact about Chimamanda Ngozi Adiche is: she has a way of starting her stories from the middle then taking us back to the beginning, then to the end! Americanah is not an exception.
The beautifully written story is about two individuals who fell in love as teenagers, and like most teenage love, they fantasized about getting married and raising kids in the best environment possible. For them, this environment was America.
Ifemelu wasn’t one of the ‘ajebutters'(Lagosians word for pampered,privileged or bourgeoisie or rich kids). Somehow she attended school with them, hung out and partied with them.
It was in one of these parties that she met Obinze the son of a female professor with an acclaimed story of transferring from a university in Enugu to the university of Lagos because she had a physical fight with a male colleague, of course all of these were false.
Mesmerized by each other, they couldn’t wait to know more layer by layer.
The teenage love continued to grow and they both chose the same university because they didn’t want to be part even for a day.
Everything was going on smoothly until the university had to close down. Industrial actions by lecturers was a constant occurrence then. It was during one of these indefinite strikes that Aunty Uju, the elder cousin of Ifemelu, who fled Nigeria to America as a result of the death of her military 'Sugar Daddy' suggested she come over to America and that was it. The process began
It must be noted that the time setting of the book was during the period of mass migration, hence, getting study permits to study abroad was not so hard.
Ifemelu, spirited, uninhibited and opinionated gets to America and discovers America is not all bliss and gloss as depicted in soap operas and TV shows, this is seen by her surprise and reaction when she saw a man urinating on the street on their way back from the airport and when she saw a cockroach in aunty Uju’s kitchen on her first night in America.
America surprises Ifemelu in no small way, from school officials speaking to her with a very irritating slowness because they think she might not understand English, her classmates expecting her to have the most opinions on issues that relate with Africa as she must have experienced them, the challenge of getting a job, the culture shock of dressing down and most significantly race.
Obinze on the other hand continued with his education and the plan was to join Ifemelu immediately after graduation. This plan was however frustrated by the 9/11 terror attack as it became increasingly hard to get Visa into America. Saddened by this, Obinze decided to try traveling to London, which he did.....
What happened next?
Find out in Part 2 of the Book Review
EDITOR'S NOTE
Catch the Book Reviewer, Miss Deborah Amaechi Mass Communication Dept 400L, in the next edition. ”We make a living by what we get, but we make a life by what we give.” ..... The quote above must have inspired the management of Africa's Best Private University in Research and Entrepreneurship Development in embarking on a strategic means of reaching out to the host Community. The tertiary institution has supported over 3, 000 residents of Imota, with various foodstuffs in a bid to alleviate the challenges of the current COVID-19 lockdown in the state. The exercise which covers the various sections of Imota town, was enthusiastically received by beneficiaries who prayed for the progress of the University and Group of Schools. This gesture further corrobates the core values of the school which includes: Godliness, Innovations, Service, Innovation, Integrity, Teamwork, Excellence, Creativity. The University came into existence following its approval by the Federal Government of Nigeria in 2007, which was sought after by the Proprietor and Chairman, Dr Oladega Adebogun. 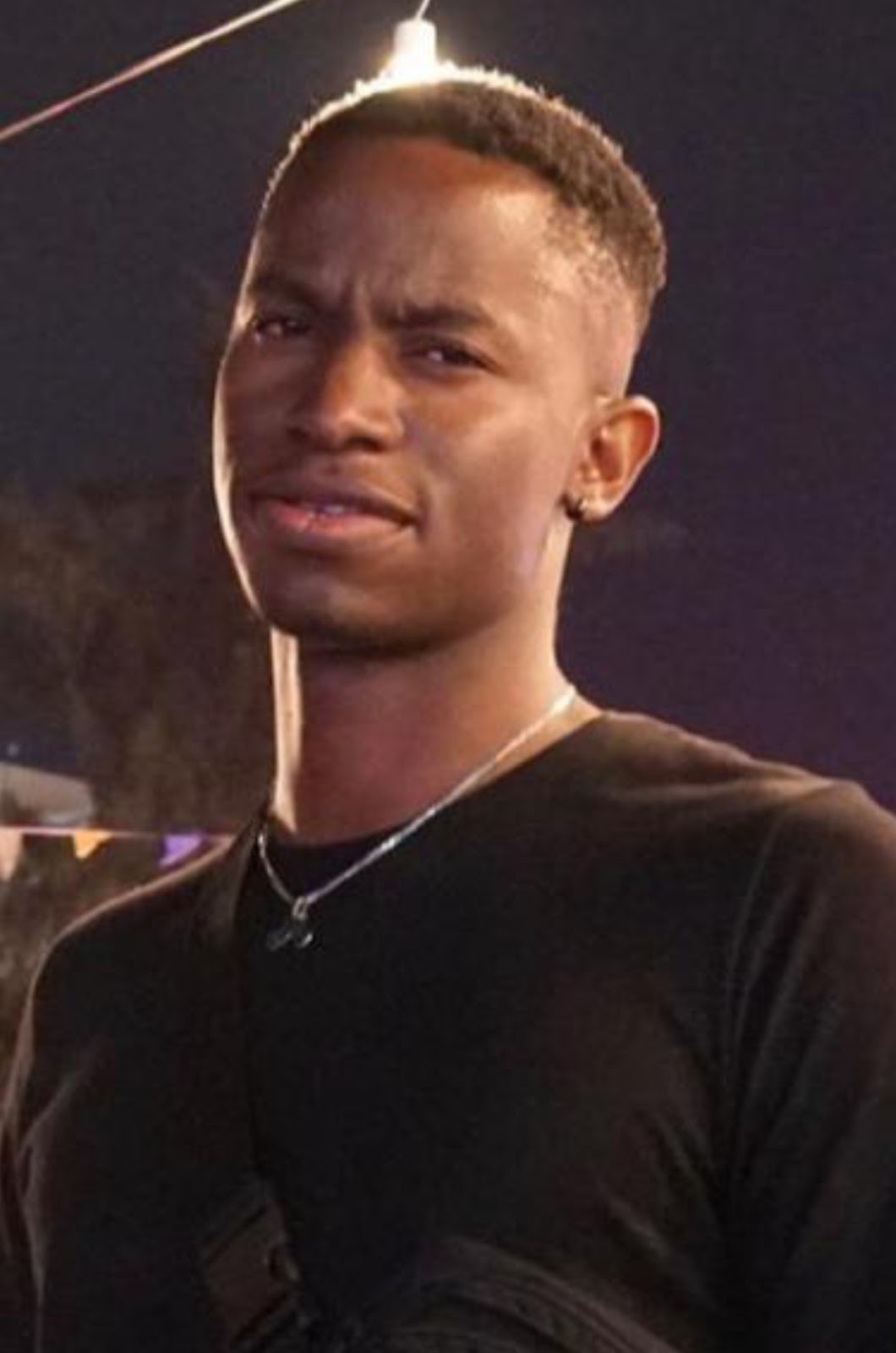 AKPEWE KEVIN: THE GENIUS CALEB UNIVERSITY STUDENT WHO PRODUCES JOE BOY & MARYOKUN- Felix Inala …….says "I make my music beats while eating Caleb University iconic Sphagetti in my hostel". You have heard hits like  “Don’t call me back featuring Mayorkun “ and “All for you” from Nigeria’s raving youngster Joe Boy,  but you do not know the genius who produced these musical hit song.  The Producer of these hit songs, is no other than Akpewe Kelvin, a 200 Level Mass Communication Student of Caleb University Lagos. Kevin Started his musical journey when he heard an MI album that shook him to his bone marrows. It was at that point he resolved to channel his creativity and passion for producing unique unique beats and sounds.  Wizkid’s sound and MI’s rap flows was what got Kevin picking a peculiar liking to the music world making. This ultimately made him redefine and masterfully tune afro beat sounds to something special and unique. Kevin’s beats instill